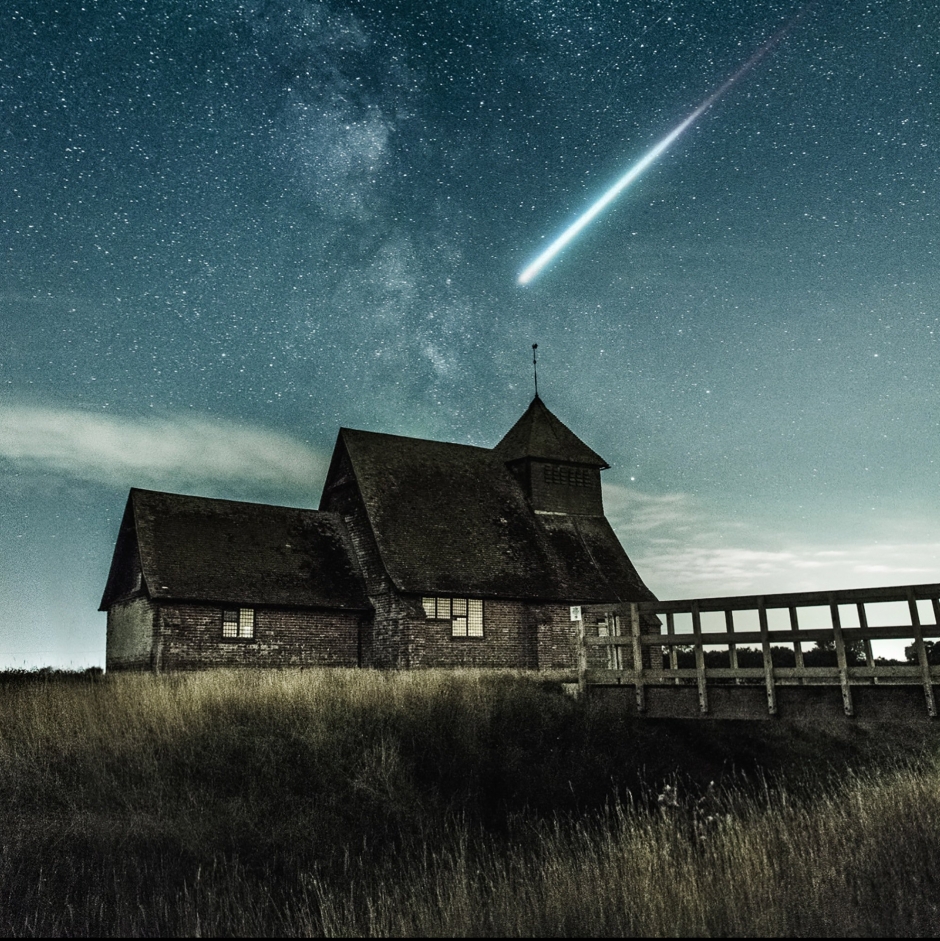 The idea that the Christian life is essentially about relinquishing control may be something you are on board with, but the Bible-believing friend next to you may not be so sure. After all, where is “control” mentioned in the Bible? Did Jesus ever use the word “control”? Technically, no. But Jesus of course had much to say about repentance and uncompromising surrender.

But more importantly, the act of relinquishing control, in the way we are meaning it, goes by a different name in the Bible: It is called faith.

Imagine there is an imminent nuclear attack on your city. The government issues a statement that they have invented a defense based on a new technology that will keep you perfectly safe, provided you stay in your home. If you attempt to leave your home, however, the government cannot guarantee your safety. But you know if you take matters into your own hands and can somehow manage to get far enough away from the city, you will be fine. Do you trust in the government, or in yourself?

Faith is like this. It is about entrusting ourselves to another for our safety instead of trusting in ourselves. God is the perfect government with the perfect defense plan in the face of a constant imminent attack, which is life itself. And His plan is for us to remain “at home” in Jesus, which is the safest place on earth. Not only this, it is the richest place on earth, also. When we choose to relinquish control to God, we do so not for the worst possible life, but the best possible life. And this we do by faith.

Now if you have spent any degree of time in the faith-based culture as I have, this is not exactly the impression you are given about faith. The impression is often that faith is about taking matters into your own hands, and that this is what God wants you to do. According to this idea of faith, God expects you to manage the affairs of your own life, directing — even producing — the outcome. He wants you to be in control.

It is like the government issuing a statement that you will be safe provided you can master the technology yourself. Now granted, the “technology” in this case is faith. But this is beside the point. The point is, you are no longer entrusting yourself to someone else’s ability; you are relying on your own. Once you do, it no longer matters whether that ability is “faith” or multi-variable calculus; either way, it is now up to you.

Imagine you are going on a date. It is your third date, and the individual you are dating was a half an hour late for the first two dates. Do you believe they will be on time this time? Probably not. And do you have the ability, in and of yourself, to change that belief? Not really. Your faith in your date to be on time does not rest on your ability: It rests on what you know about them.

Now, granted, you can pretend to believe your date will be on time. You can tell others you believe your date will be on time. But in the best possible case, that will only succeed in convincing everyone except the person that matters most: Yourself. Because belief is not determined by effort, even the effort to deceive. “Fake it till you faith it,” in other words, is not a thing.

But what if you were to discover your date was unable to make it on time for the first two dates because of freak events? Say, there was a terrorist threat that shut down all transportation that you only came to know about later, or your date was pulled over and detained without cause. Not only this, but a good friend of yours tells you that your date is the most responsible person they know. Would your confidence in your date being on time change? Yes, most likely. But not because of anything you have done. It is because new information has been made known: You have had a revelation.

The difference here lies in who is doing the producing. In both cases, God is bringing about the change. Just as God produces perfection in us, so He produces perfect faith in us. Both happen through the transformative work we have discussed previously.

But as we have also discussed, we have part to play by pursuing the conditions that bring about that change. We “have faith in God” (that is, we perfect our faith in God) by participating with and surrendering to the perfect work of God, who is the Author and finisher of our faith.

Now let me detain you just a bit longer by squeezing one more thought in the mix.

Just as faith depends on knowledge, faith equally depends on relationship. That is, we can only exercise faith in relation to a thing. If the government promises to keep you safe, your have an opportunity to act in faith toward it. If you find yourself on a third date, then you have an opportunity to act upon your faith in your date’s ability to show up on time. But if no opportunity is provided, exercising faith is not possible.

Let’s say the government in our analogy sends you the technology that is now up to you to figure out, and upon opening the box, you read the instructions which state, “Warning: To properly operate this technology, put your confidence wholeheartedly in the government,” what would you do?

The problem is no longer just you wrestling with your confidence level in the government. It now has to do with the fact that you have no idea what “confidence in the government” looks like in this situation. Do you remain at home, or do you go out? Or must you do something else entirely? Which action will mean more or less confidence than others?

This is exactly what life becomes when faith is about taking matters into your own hands. You may have faith in God, but what does faith even look like in a world in which you are in charge? Do you “believe God” for a million dollars by purchasing a lottery ticket? Do you “believe God” for a miraculous healing by refusing medical care? Do you believe all things are possible by stepping off a tall skyscraper? When you are in charge, all expressions of faith become equally possible, but also in a great sense equally meaningless.

The fact this type of faith does not work should be obvious. But the reason so many of us are inclined to believe otherwise I believe is because of another reason: Control. Our attempts to achieve or exercise faith by ourselves may not make sense, but if faith could be achieved in this way, just imagine what that would mean. We could ensure our own safety, our own protection and our own well-being. In truth, we would not need God. God would no longer need to be in control, for we would be controlling Him.

In truth, what often passes for “faith” in the faith-based culture is nothing less than control. But control goes by a different name in the Bible: It is called unbelief.

Photo by Alexander Andrews on Unsplash

5 thoughts on “The Christian Soul: Faith”